There is little that can escape the reach of global warming, a phenomenon that is encroaching upon nearly every facet of our lives. While on the surface, climate change only affects the temperature, in its wake is a litany of collateral consequences that cannot be ignored. With the ecosystem and the way that crops are grown in the vineyards altering at an unprecedented rate, the landscape of wine production is equally being impacted by the effects of climate change. Read on and we dive into the intricacies of global warming on wine production and the future outlook of the wine industry.

Since 1981, the world has tallied an average temperature rise of 0.18 Celsius per decade due to global warming; and while this may seem not a big deal, wine grapes are, in fact, one of the most sensitive crops to changes in temperature and rainfall. A 1.5-to-2.5-degree temperature rise is enough to turn the climate of Bordeaux into Barossa and Barossa to be too hot for growing grapes. In fact, for prized wine grapes like Pinot Noir to grow properly, the average growing-season temperature must fall between a narrow range of roughly 14.0-16.0°C.

A hotter climate leads to riper grapes, so a slight increase in temperature may not necessarily come as bad news for a cool climate. However, in traditional wine-growing locations that are already at optimal temperatures for cultivating grapes, climate change may cause the wine may become unbalanced. The grapes will become too ripe and with more sugar, leading to higher alcohol. At the same time, the acidity will also decrease, tipping the flavor profile of the wine off balance. Studies have shown that the climbing temperature could drastically diminish the regions suitable for growing premium wine grapes by a whopping 50%.

The temperature change is not the only thing that’s throwing a wrench into the works. Another big climate change threat that is affecting wine production is the increased exposure to wildfires and wildfire smoke. Recent years have witnessed a number of wildfires that have devasted major wine-producing regions in the US, Australia, and Spain. Even when the vineyards are not directly hit by a fire, the exposure to wildfire smoke from a distance can taint the grapes with an unwelcome smoky aroma that is then transferred into the wine. Other climate change threats include flooding, extreme weather, and milder winters, which can trigger an uptick in the prevalence of insects and pests.

Faced with climate change and its damaging hits on the wine industry, growers have attempted to tackle the problem in a number of ways. Canopy and wine-making management are perhaps the most obvious steps to mitigating the effects of climate change on wine production. This encompasses a broad swath of tactics such as improved pruning, grafting to a heat-resistant rootstock, and using yeast that produces less alcohol. However, some argue that these methods can only go so far, as it overlooks a big issue brought about by global warming: pests and diseases.

Some of the pests and diseases associated with warmer regions will move to cooler regions. For example, Harlequin Ladybird, which is native to Asia and America, is now found in Europe. It releases a liquid with a foul taste and taints the grapes; There is also a new variant of fruit fly named SWD that has appeared. It will increase the volatile acid in the grape. Pierce’s disease, which originated in warm regions in America, is now spreading to France and Italy, both major wine-producing regions.

The future of wine production

With the globally changing climate, what is the future of wine production set to look like? Indeed, not all is lost, but the wine map will likely experience a major shuffle-up. As traditional wine regions grow too hot or too dry, winemakers may be forced to migrate to cooler growing climates, such as the northern part of the U.S. and Scandinavian countries in Europe, or further down south in Australia, New Zealand, and South America. Alternatively, they may also have to adapt to growing a different wine variety. For instance, Burgundy may have to switch to growing Syrah grapes, while vineyards currently producing Chardonnay may have to plant Merlot grapes instead. Additionally, the industry may also see a change in using non-traditional wine-making techniques to produce a desirable product when the climate conditions are not favorable, such as the blending of different wine grapes in order to adjust the color, acidity, and sugar content of the wine. 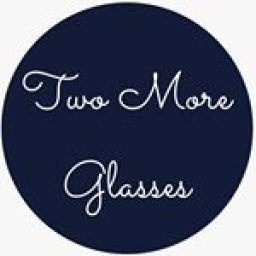