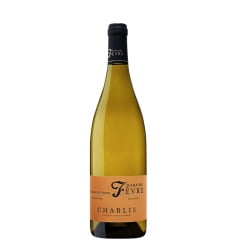 The Fèvre family has tilled the chalky soils of Chablis since before the French Revolution dating all the way back to 1745. Each generation has increased the family holdings, and the domaine now encompasses almost 100 acres, including 36 acres of prime parcels in Grand Cru and 1er Cru vineyards.

Before 2004, the fruit of the Fèvre’s labor has been sold to La Chablisienne, including grapes from the family’s prized parcels in the Grand Cru Les Preuses and 1er Cru Fourchaume & Vaulorent.